Is there a future after Digital Transformation or have we finally reached our limits? 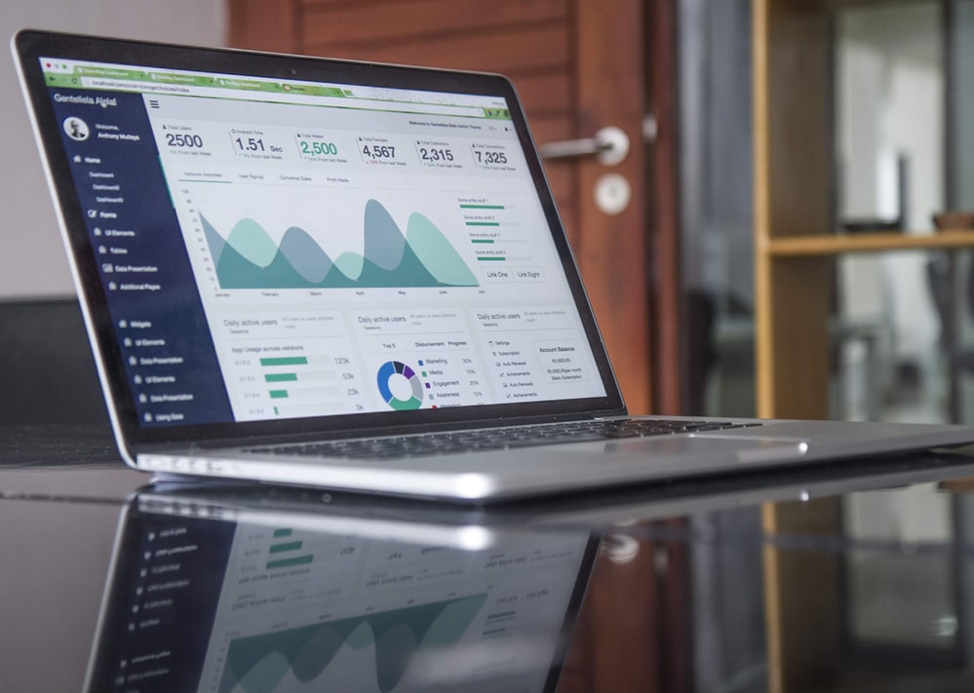 After decades of development and exponential growth, it’s safe to say that nowadays digital technology is pretty much seen as something mundane. Every company or person that wants to remain relevant has to be part of this digital network we created. There’s no single service that remained untouched by its digital upgrade. We have seen changes in the way we call a taxi, shop, watch television, pay our tickets or pick a restaurant. And the services that haven’t gone digital yet, they are long overdue to get on board the digital train to avoid the risk of getting left behind.

Although tremendously useful and important for our society, we can already see the signs that we are already outgrowing the digital era and evolving into something else. When there’s a banalisation of technology and less allure and awe for it, it’s easy to assume we have already started moving toward the next big thing. So that being said, I imagine it’s safe to say that we are already living in a post-digital era, where there isn’t that much interest in the technology per se, but the real focus is the trust and experience that’s created from it.

There are several examples from the past that show this tendency of cyclical eras from their discovery to their decline (in interest, not in necessity!). A clear example is in the past of a new technology revolution was the rise of electricity. But there’s a long way from the moment a new technology is discovered until it becomes a mainstream and common good. It took nearly 100 years from Michael Faraday’s discovery of the electric dynamo and motor until its use had a measurable impact on productivity and became implemented worldwide. Every technology follows a similar path from the moment of its discovery until its breakthrough. In the case of electricity, it first had to be understood well enough so that people like Edison or Tesla could figure out a way to commercialize it.

But real transformation requires more than a single technology. First, it has to be seen as part of people’s habits and keep growing and expanding with secondary innovations. In this electricity revolution example, everyone’s mindset had to be changed, factories had to be reimagined and updated so they could be prepared to use this new technology to have a real economic impact. People had to be persuaded by the comforts of electricity and change their habits to adapt to this new lifestyle. In the following decades, everything started gradually having electricity as something common and fundamental, and not as a commodity and luxury. Nowadays, it’s completely unthinkable to not have electricity at home.

So, considering we are living already in a post-digital era, what exactly does that mean? What comes after that? Do we need to start preparing for a new era of innovation with different technologies, like robotics or genomics? Or is the answer already here?

It’s nearly impossible to accurately guess what’s coming next, although we have some hints that allow us to extrapolate an answer. The speed of how things are developing and growing is honestly scary: just think that only around 10 years ago Nokia and its reliable mobile phones were the standards of quality, and mobile phones were used merely as something to well… make calls. But then smartphones arrived and became overwhelmingly popular, becoming a major contributor and playing a gigantic part in this digital revolution, by basically connecting everyone, everywhere, all the time.

This digital transformation created a structure that allows everything to be connected, all the information shared and used to improve people’s life. Everything will be more personalised, safe and secure, services will be custom made and the experience of using any type of service will be way more pleasant. There are already some examples and implementations of these types of services, but there’s still a lot of ground to cover until it has is breakthrough. As I mentioned earlier, factories had to be completely reimagined to be able to use electricity for its benefit, and now businesses and services need to reimage themselves and redesign their entire structure to support all the information that is already out there, just waiting to be collected and analysed to provide the best possible service to their customers.

Also, yet again, people need to adapt their mindset and habits into becoming more receptive to be immersed in this digital revolution. Currently, there’s are still some normal “growth pains”, since are still a lot of edges to be sharpened, especially in how the information is obtained and in people’s right to privacy. There were always some barriers that prevent a new technology to explode right away, there will always be a level of distrust to something new that changes the way we see the world and how we live in it. It’s how humans are naturally built, to instinctively fight anything that conflicts entirely with our predefined ideas and paradigms of the world. The moment we start to trust technology again we can start enjoying a world where businesses aren’t focused on “becoming digital” but are dedicated to the people and how to deliver a valuable customer or employee experience, in a completely transparent and trustworthy way.

Now that everything is already connected and ‘tech-savvy’, it’s not likely that the next wave of technologically powered change will be as fast to penetrate people’s habits as the smartphones were, nor this abrupt and radical as everyone rushing to becoming “digital”, but more of a slow and steadily period of getting acquainted with these new technologies. They are already here, building on top of the foundations that are already set for them to proliferate, such as:

Surely if you have read this far, you heard of at least one (if not all) of these terms and trends that are considered the biggest and newest innovations in the market. These technologies will help us how to better collect and analyse data and provide more knowledge faster than we ever imagined while teaching us how to look at the world in a completely different manner and enhance performance in several jobs and services.

So, answering the question: analogue, digital, what’s next? I would say that after a digital revolution where everything is connected and digitalised with information all over up for grabs, we’re gradually transitioning from a post-digital world that will not be about the technology, but about the information and what to do with it to help the people. We are already experiencing some early innovations that allow us to have a glimpse of what the future will be, but we aren’t there yet. Even with some exciting technologies that are already appearing before our eyes, the novelty and excitement factor is not as present as before. Unless some major new technology comes with an unexpected exponential grow, I think it’s pretty safe to assume that with this new era where information is predominant over technology, we are moving towards is society’s next big thing: an Intelligence Era.

You might think that we are already living in the Intelligence Era, with all the amount of Big Data, Internet of Things and Data Analytics talks. However, even though we have all this data, which can even be already used in some advanced manner, we are still at the very early stages of this new era. But just having the information is not enough: you need to know what to do with it.

“Information is not knowledge”

I believe this exactly describes the exact situation we’re on. We have access to the information but we are still finding the best ways to use it (and no, providing way too specific and somewhat invasive online-ads is not one of them).

The business that controls the knowledge, powered by all the information, will control the market in the upcoming years. Right now, we live in a world so focused on trying to get the information, that is even counterproductive and leads to resistance for this era to arrive faster (with GDPR controversy coming to mind). It’s only after this rush to gold that we will be able to collect the fruits of a society built on top of real Intelligence and proper use of legal information to deliver more suitable conditions to everyone, with a society built like a well-oiled machine, aware of everyone’s real needs in a blink of an eye.

The future can be bright…

Businesses can start using intelligence to deliver better customer service and improve their processes in search of talent, business opportunities, and work efficiency. For customers, AI and machine learning will play a big part in anticipating client needs, chatbots will replace the outdated FAQS and create a faster and personalised customer service. Employees with an intelligent work model will be eased of the process of repetitive complex processes and use the newly gained time to bring innovation to the company and better apply their competences in a data-driven model to generate new revenue streams. It’s hard to grasp what will happen once all of this becomes a possibility.

There are absolutely no limits to what we can achieve with the real knowledge of everyone’s needs and preferences. Having a toaster in your house that makes your bread the exact way you like it on Tuesday morning, a fridge that orders the ingredients automatically for you while taking into account your favourite brands and pricing in a proportional ratio doesn’t sound like science fiction anymore. It sounds like a matter of time for this to be available to everyone everywhere, just like… electricity.

…but proceed with caution

For those who watched Black Mirror, there were some very scary downsides presented of having everything connected and how fast and harmful it can be, having all your information and details easily retrievable online, and the dangers of being heavily exposed in such manners. But it is a fact that our society is evolving into that direction, and we need to be careful with what we share with the world and not trust blindly technology to have our data secured, at least for the time being, while things are still in their early discovery phase.

One thing is for sure: we surely haven’t reached our limits and whatever is coming next, it will surely be exciting!

Curious about development work in our team? Have a look at a day in the life of an experience developer, and let us know what you think!

Brought to you by:
José Pinto 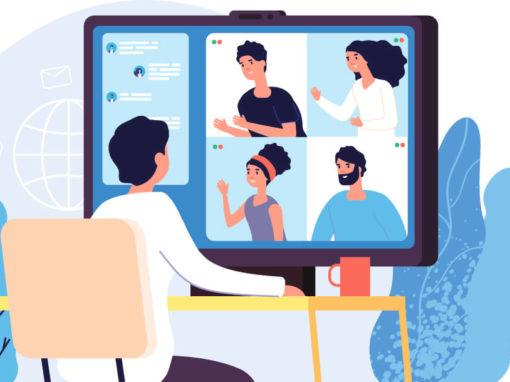 Lessons of a Lockdown: How we made it through

A few months ago, if you had warned me about what was going to hit us in 2020, I would have told you to sit down. Today – after over two months of confinement – if you would tell me that a UFO landed on the Grand-Place, I would probably believe you.

END_OF_DOCUMENT_TOKEN_TO_BE_REPLACED 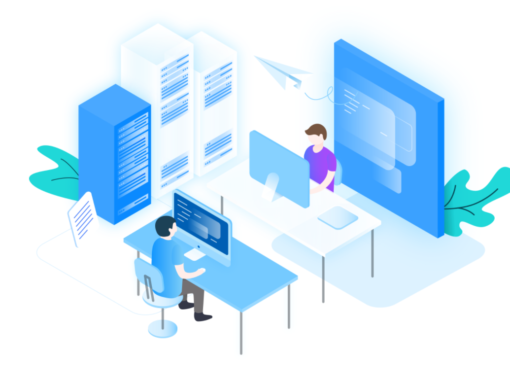